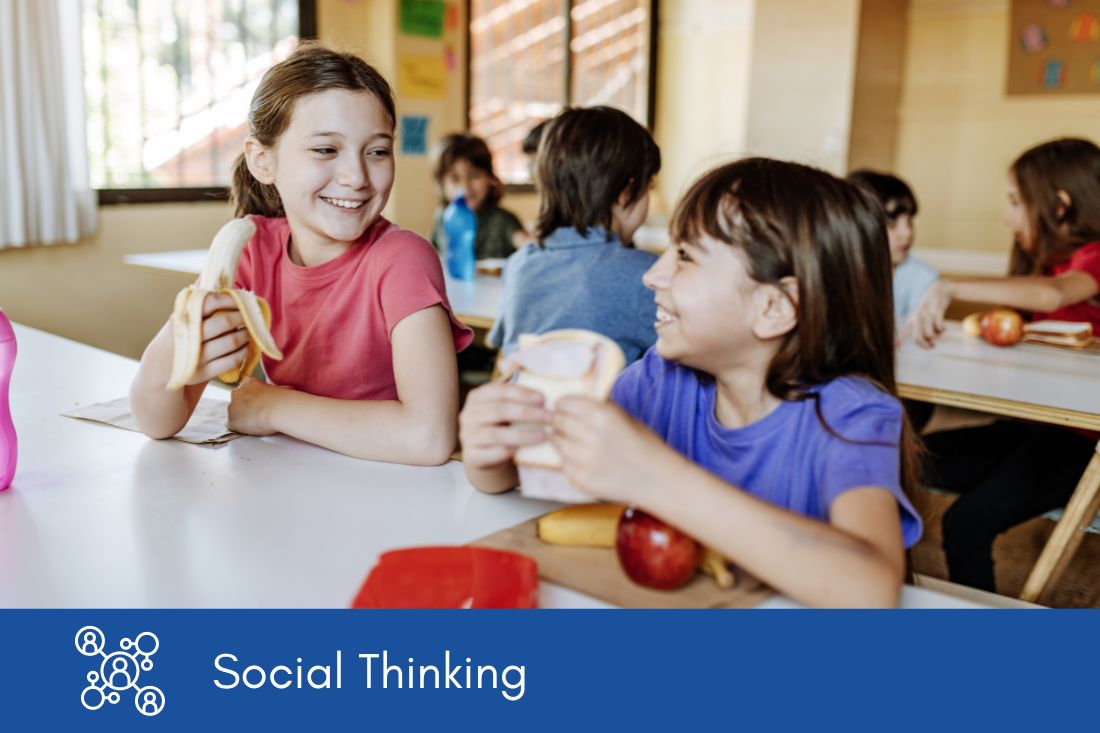 Dr. J. Stuart Ablon, director of Think:Kids, explains Social Thinking Skills and how a lack of these skills often leads to challenging behavior.

Here at Think Kids, we realize that kids, or anybody else, for that matter, who struggles to manage their behavior on a regular basis is really struggling with the SKILL, not the WILL to behave better. And we follow the research, in the last half a century, which really has made it very clear the types of skills that folks struggle with when managing behavior is a challenge. And those skills include things like language and communication skills, attention and working memory skills, emotion and self-regulation skills, and flexible thinking skills. They also include a whole area of what we refer to as social thinking skills, which is what I want to focus on today.

Social thinking skills are the skills that are required to behave adaptively in social situations, but specifically, they're the skills that have to do with our thinking about social interactions. And here I'm talking about everything from the basics that aren't so basic for some people. Like how to start a conversation. How to go up to a group that's doing something you want to do and let the group know you want to join them without disrupting the group, what we call "right of entry skills." To skills like reciprocity in an interaction, being able to gauge somebody else's interest in something you're doing together, something you're talking about, et cetera. To much more complicated skills like knowing how you're coming across or impacting other people. I refer to those kinds of skills as utilizing our feedback loop.

You know, we all hopefully have some kind of a feedback loop where when we do things and say things, we sort of scan the environment for feedback to see how what we were doing, what we're saying is being received. And ideally, we interpret that feedback accurately, and we then use that to guide how we want to respond. Whether that feedback tells you—keep it going, it's appreciated; better dial it back some; you think you might have just offended somebody. Whatever the feedback might be.

Now, unfortunately, there are a lot of kids who have what I refer to as a sort of broken feedback loop or no feedback loop at all. These are often the kinds of kids who people say “they never know when enough is enough.” They just don't know when to stop because, of course, how would you know when enough is enough? Well, because you are taking feedback in scanning the environment, seeing that people are sending you messages that say, "whoa, that's too much." And then you dial it back. The problem is, if you're not getting any feedback at all, you won't know to stop. Or if you're getting feedback but misinterpreting that feedback, you might not know to stop, either.

This reminds me of a young man I worked with who you would see this issue cropping up at school, both in the classroom and on the playground. In the classroom, this is a kid who's very impulsive, verbally, and really witty too. So he would blurt out really funny stuff during class. And the teacher admitted, you know, it's so funny that she would laugh momentarily, and so would the rest of the class. And he would get that feedback. He would look around and say, people are laughing, and they must love me. And he'd get out of his seat and start delivering a monologue. And very quickly, people would start sending him a lot of signals that they weren't so interested anymore, the teacher and his peers. But if you talked to him about it, he would say, "Oh man, they love me. I mean, even a teacher thinks it's funny. You know, I'm great comic relief. Everybody loves it." Which is true; they loved it for about three to five seconds. His problem was he kept his feedback loop open for three to five seconds and accurately interpreted the information. But then, he stopped gathering feedback. So, he never knew when enough was enough.

Interestingly, this was the same kid who would go onto the basketball court at recess, and they would play that game called Knockout. And when he missed a shot, and he'd go to get the rebound, somebody else would have a rebound. He would get a kid in a headlock trying to get the ball from him. And when you asked him about that, he would say, "Oh, we're just messing around. You know, guys, being guys, just having a good time." And when you ask the other kids on the playground, they would say that the kid was turning blue. And you asked the kid who was in the headlock, and he was like, “I thought I was gonna die.” Now how could there be this disconnect? Because he didn't know when enough was enough because, again, he only kept his feedback loop open for about two seconds, not long enough to see that this kid was turning blue, for instance.

And that's just one example of a lagging social thinking skill that is leading to challenging behavior. And in fact, you know, one of the saddest things I see is that many of the kids that I work with are described as cold and unempathetic because they appear not to care about a kid's feelings in this kind of situation. When actually, you can only have the opportunity to care about somebody's feelings if you're able to gather the information about how they're feeling and then make a decision about whether you care about that. This is a kid who only gathered information for a split second and then closed his feedback loop.

Now, the nice thing about identifying the specific social thinking skills that a kid struggles with that lead to their challenging behavior is that then tells you what you need to work on. Because no end of rewards and punishments, or things like that, are going to help a kid to keep their feedback loop open a little longer and gather more information.

Child Having Trouble Transitioning Between Activities? <br />Here’s How to Help